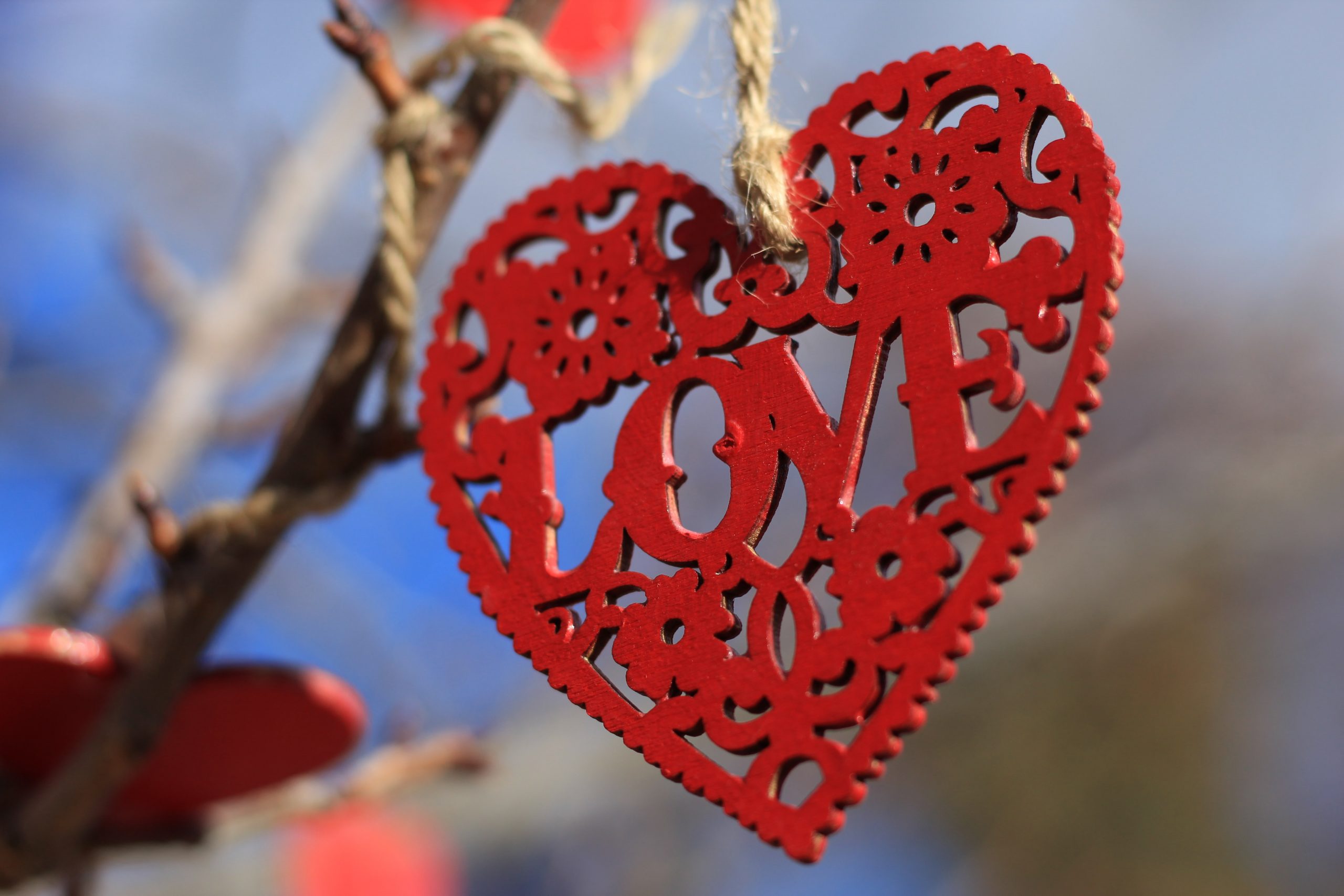 “Oh my god, it’s you,” the words fly out of my mouth without my permission. Unfortunately, due to the intrinsic properties of sound waves, I can’t reach out and grab them back.

I knew he’d have a gorgeous voice to go with the rest of him. A deep, rich voice with just a tinge of humour, like there’s a laugh there waiting to escape.

A woman behind me clears her throat impatiently, and I realise I’m blocking the aisle. Oops, letting people finish boarding the plane so we can leave on time is probably a good idea.

“Uh… no, we haven’t met,” I say as I sit down in my assigned seat of 15B, hastily stowing my bag under the seat in front of me.

I glance at the guy. How insane is this? But it’s definitely him, I’d recognise him anywhere. I’ve spent hours gazing at photos of this man. That curly dark hair. Those hazel eyes. That perfectly proportioned forehead that is now crinkled in confusion as he looks at me.

He tilts his head. “So, if we haven’t met, you know me how…?” Oh dear. I really need to explain myself so he’s not concerned he’s sitting next to some crazy woman for the next couple of hours.

“I’m a graphic designer,” I say quickly. “I’m putting together an advertising campaign for a local dentist and we’re using photos of you from iStock. Well, if it’s not you, then you have a doppelganger out there with the same freckle under their left eye.”

His hand flies to his freckle. “Seriously? You’re using those photos for a campaign?”

“Oh my god, I let my friend take those photos as a joke. She thought she might be able to sell them, but I was really sceptical.”

The smile that spreads across his face right now is the reason we chose him for the campaign. It’s a genuine, open smile that shows off his incredibly straight, white teeth.

“Weirder than a Brussel sprout and jam sandwich combination.”

Oh shit, what am I doing? But that’s me. I’m the quirky girl who spouts random stuff all the time. Normally I bury it deep when I’m talking to a cute guy, because my humour is definitely an acquired taste.

His lips quirk. “Weirder than a broccoli and chocolate ice cream smoothie.”

I laugh and he laughs too.

“I’m Alex,” he says. “Since you’re intimately acquainted with my freckle, I feel like you should know my name.”

“It’s nice to meet you Alex, I’m Josie.” I hold out my hand for him to shake. His palm is warm. A tingling feeling races up my arm, like a circuit has just been connected to create an electric current.

The flight attendant comes over the intercom then. I wait until she’s finished telling us what to do if we plunge towards our doom, before I turn back to Alex.

“Scenic photography is my passion, but I also do some product stuff to pay the bills.”

We continue to talk as the plane takes off. For some reason, our conversation quickly morphs past the usual, superficial topics between strangers.

Maybe it’s because he’s so familiar, but I’m not nervous like I usually am when talking to a cute guy.

I end up telling him about how my mum died a few years ago, and how lost I still feel sometimes without her. He talks about his brother who was born with cystic fibrosis, and how hard it’s been to see him struggle over the years.

We’re cocooned in this little bubble of intimacy as we talk. Alex’s gaze barely flickers from my face.

It’s not until the flight attendant announces our descent that the bubble bursts. How has two hours passed so quickly?

Alex leans down to readjust his hand luggage. He clears his throat as he straightens up. “Uh, can I give you my contact details so you can send me the ad? I’d really like to see it.”

“Sure. But you’ve got to send me some of your scenic photos in return,” I say.

He gives me his perfect smile. “It’s a deal.”

And that’s how Alex and I start messaging each other.

He sends me amazing natural landscapes and gritty, urban shots. He’s so incredibly talented I’m almost embarrassed to send him my stuff. But when I finally relent, he asks me really interesting questions about the composition and we end up in long discussions about layouts and different layering techniques.

We also message about our dreams for the future, me to have my own graphic design business, him to have an exhibition of his scenic photos.

And somehow our text messages descend into messaging about random stuff.

I mock him about his addiction to American late night shows. He mocks me back when I confess I can’t turn off the train wreck that is Married at First Sight. We discover a joint obsession for epic prank videos and send each other our favourites.

“Are you dating someone?” My colleague Angela is at my desk.

I whip my head up. “Why would you think that?”

“Because you’re constantly glued to your phone at the moment.” She uses an extra loud voice just as Janet, our boss, is walking past.

You know the colleague who steals your ideas and throws you under the bus at any opportunity? That’s Angela.

“So, alone again for the Christmas party then?” She smirks.

Looking at Angela’s smug expression, an idea comes into my mind.

I message Alex. Any chance you’re free on the 8th?

I wait outside the restaurant, trying not to wipe my palms on my dress. Sweat hand imprints isn’t the look I’m going for.

This is not a date. This is Alex doing me a favour. Alex is so far out of my league it’s almost laughable. I mean, I’m attractive enough, but no one is ever going to use my image to sell anything.

But as much as I’m trying to tell my body that this isn’t a date, it’s going through the full checklist of date preparation. Butterflies in my stomach. Dry mouth. Racing heart. Check. Check. Check.

Alex and my messaging has ramped up another notch in the past week or so, to the point where there’s a constant stream of thoughts and jokes flying between us.

He was so easy to talk to on the plane. And so much fun to message. What if it’s weird between us now in real life?

Here he is, coming down the street, looking impossibly gorgeous. Somehow, Alex in 3-D is even more attractive than the version on paper.

There’s this awkward moment where we don’t know how to greet each other. After a few seconds, he leans in to kiss me on the cheek. The scent of his sandalwood cologne lingers.

Janet is greeting people as we walk in. She shakes Alex’s hand before turning to me “Oh Josie, those mock-ups you sent for the Brentwood campaign are fabulous.”

“Of course I did. You’ve got to believe in yourself more,” she says as she turns to the next person.

Alex nudges me as we walk further into the party. “Is that the mock-up of the farmyard that you sent to me?”

“I told you it was brilliant.”

We head to the bar. Angela is there collecting drinks. She does a double take when she sees Alex, mouth dropping open, eyes going wide.

Angela gives his hand a perfunctory shake before turning to me.

“What did you do, stalk the guy? Did you need the real life version to drool over too?” Nastiness infuses her voice.

Heat inflames my face. “There was no stalking involved.” I manage. “We met on a plane.”

Angela opens her mouth to speak again, but I cut her off. I don’t want to give her a chance to embarrass me further.

“I’m just going to get some fresh air.”

It’s not until I’m out on the balcony that I realise Alex has followed me.

“So, I want to hear more about this drool,” he says. “It sounds like an interesting topic of conversation.”

My stomach clenches but I manage to keep my tone mocking. “Do you seriously need to hear I think you’re attractive? I mean, I chose you from hundreds of other models on iStock. But don’t worry. I like messaging you and hanging out with you. I’m not going to ruin that by developing some unrequited crush.”

Alex raises his eyebrows. “Wow, I don’t think I’ve ever been friend-zoned so fast in my life. I’ve got whiplash,” he says the words jokingly, but there is another element underneath. Hurt.

I stare at him.

“I definitely don’t want to be friend-zoned,” he says, staring at me with such heat in his eyes that words fail me.

But I don’t need words because Alex’s mouth is suddenly on mine.

It’s hot and passionate but it’s also deliciously familiar. Like it’s something I’ve done before, so I know exactly how to kiss Alex back. The best way to meet the slide of his tongue, the best way to deepen the kiss to the point where my whole body is trembling.

It’s a first kiss like no other. Books about kissing will have to be rewritten based on this kiss.

Alex pulls back gently, his hand still lingering on the side of my face. He stares down at me.

And the look on his face is the same as I’d had when we first met. Recognition.

But this time, it’s not a superficial recognition based on appearances. This is a soul deep recognition of what we’re going to be to each other.

The next time I hear him say those words is when he’s holding our daughter for the first time.